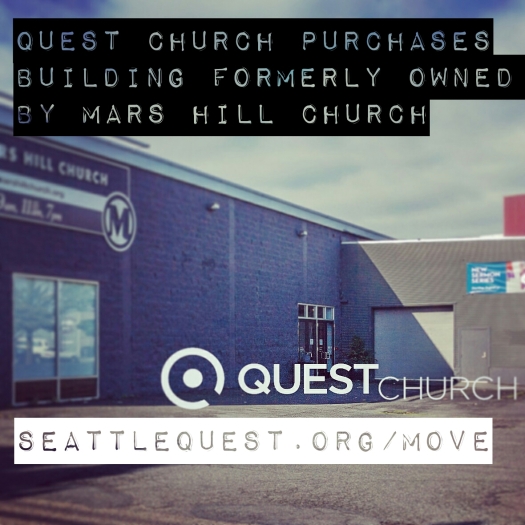 Update: Quest is currently renovating our new space and will be hosting our first service in our new location on Sunday, September 13.

I have some big news to share – news that will likely solicit mixed emotions for many people.

If you’re an internet junkie, it’s possible that you may have already heard as I’ve been receiving my share of texts and tweets. About two weeks ago, Quest Church – the church I lead – purchased Mars Hill Church (Ballard). Yes, that Mars Hill Church.

Since then, there’s been a trickling of blogs, online news, and television reports that have covered this. As such, there’s also been a trickling of criticism of why we would do business with MH, questions about the transactions, and simply, erroneous info about Quest on the blogosphere.

Because Quest deeply values transparency and integrity, I thought it would be good to answer the most common questions we’ve received thus far. We have nothing to hide and would actually ask for your help to clarify any false information or rumors that you may hear. We share this because of the highly sensitive firestorm surrounding MH this past year. We share this because we covet your support and prayers. END_OF_DOCUMENT_TOKEN_TO_BE_REPLACED 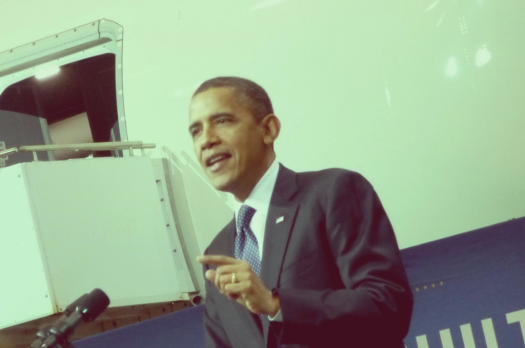 Unless it’s Justin Bieber I don’t get star-struck, but I have to admit, it was pretty cool to meet President Barack Obama earlier this month. During his visit to Seattle on the weekend of February 16, I had the opportunity and privilege to attend one of the events he was speaking at. Specifically, it was an event at Boeing Everett to celebrate the work of American workers, Boeing, and the culmination of the work of the Dreamliner 787.

Light to the World.

As you know. I don’t run in these circles.  Sitting in a special section with dignitaries and politicians including mayors, various council members, business bigwigs and the Washington governor was awkward to say the least.  How I got invited to this event is a little unclear but over the past couple years, I’ve been building relationships with the White House via their Faith-based and Neighborhood Partnerships. It’s also from a commitment I’ve had – as a Christian, a pastor, and a leader – to be a light to the World and not just merely light to the Light. Translation: As we serve and love the church, we must also look outward and engage the larger culture. Folks notice and when opportunities arise, they sometimes ask for input and involvement or just merely your presence and that’s what happened.

Because of this theology and ecclesiology END_OF_DOCUMENT_TOKEN_TO_BE_REPLACED

Let’s be honest: the issue of homelessness just isn’t as sexy as some of other ‘justice’ issues like the global water crisis, human trafficking, or shoes. Yes, I just went there.

The reasons for homelessness are numerous and complex but the numbers – indicating real people – are real. Very real.

In the Seattle area alone, on any given night there are 7,980 homeless in Seattle/King County.

This is the main reason why Quest Church envisioned and funded a ministry called The Bridge Care Center and I can’t tell you how proud, encouraged, and convicted I am to be a part of this ministry. It’s the aspect of Quest that I’m most proud of this past year. What is the BCC? END_OF_DOCUMENT_TOKEN_TO_BE_REPLACED 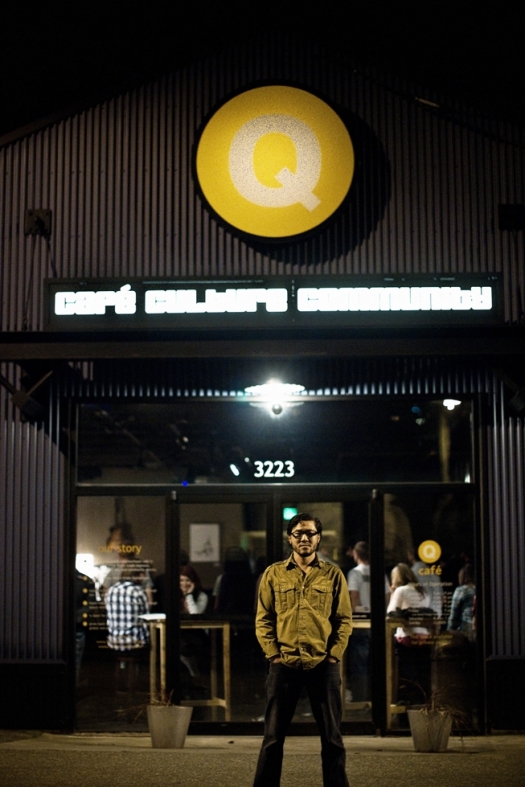 One of the most common emails I get is about Q Cafe and it goes something like this:

How did you start Q Cafe?

and then it escalates into about 50 other additional questions. Q Cafe opened its doors in 2002 and during that time, there weren’t many folks to ask simply because there weren’t many who were doing these kinds of things. In the first couple years, I genuinely tried to be a good dude and attempted to answer those questions but eventually, I couldn’t sustain it. I stopped responding to most of the emails or at best, I responded with my infamous “Haiku Emails”…

Hey.
Your vision is cool.
Go for it.
Hard work.

And indirectly, I ended up being a jerk not because I’m a jerk (or at least, I hope I’m not) but I just couldn’t answer all the emails and our other cafe staff are stretched as it is. This is why we’ve tried to pull some resources together to be of some small assistance and encouragement to folks.

I ended up videotaping a Q/A session END_OF_DOCUMENT_TOKEN_TO_BE_REPLACED

Thank you so much for your partnership in the gospel.

I am so proud to be one of your pastors and to have had the honor of planting Quest Church almost 10 years ago. This past Sunday, while Pastor DeAnza was preaching a spirited message at Quest from our ongoing study through Philippians,  I had the joy of visiting and preaching at the Burmese Karen Churchplant in Kent, Washington. On their behalf, I pass on their sincere greetings.

Several years ago, Quest helped plant this church and it is in part because of your prayers and generosity that allowed us to have a small part in birthing this beautiful church through our Quest Churchplanting Foundation.

This church and community did not exist 3 years ago. In fact, the majority of them are recent refugees and have entered this country in the past couple years. This past Sunday, I asked – before my sermon – how many of them had arrived to the United States in the past year and it appeared that over half of the nearly 150 people raised their hands! Many of them were living in refugee camps…and how amazing it must be that a church community was here to be their fellowship and support.

But for a second, I want to encourage you to think END_OF_DOCUMENT_TOKEN_TO_BE_REPLACED 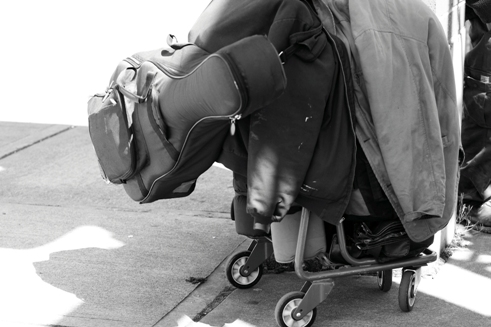 Those two words – depending on the circles you  roll with – are either really bad news or really good news.

But for the latter, it’s not truly the good news.

If you truly believe in the Gospel, then you have to believe that it matters not just for your personal salvation and blessings but God’s pursuit of restoration, redemption, and reconciliation for the entire world.

I believe in this Gospel.

I live for this Gospel.

And while folks may disagree on the meaning, context, and agenda behind the vernacular or verbiage of such words as social justice… END_OF_DOCUMENT_TOKEN_TO_BE_REPLACED